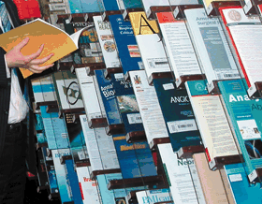 The purpose of this book is to enable you to write, and then to have published, a scientific paper or article in a peer-reviewed journal - in other words to have your name on the established databases. It is not a book about how to 'do science', but a book on how to translate the science you do into publishable papers.

The driving force has come from what I have seen over more than two decades, while giving about a thousand courses on effective writing to doctors and other scientists. What struck me was that:

Conspiracy theorists would have a field day. They would argue that those who have discovered the secret of publication are, for obvious reasons, unwilling to pass it on to younger rivals. That is clearly untrue. There is no shortage of senior scientists willing to devote much time to helping junior colleagues, and there are dozens of worthy books explaining in great detail the criteria for acceptable scientific articles.

Yet somehow all this energy achieves little, and many people who want to write remain confused and unable to start. To some extent this is a particular characteristic of science writing, which has become highly specialised and removed from other types of writing. Many ‘experts’ discuss in great detail exactly what conditions a ‘good’ article should fulfill; but few promote, or even seem aware of, some of the useful techniques of how to get started and write it

However, there is a wealth of information on the process of writing, which is readily accessible to those who go outside the world of science into the world of professional communicators. That is the gap this book tries to fill, by treating writing tasks, quite simply, as writing tasks, and by applying the (mainstream) techniques and tricks of the professional writer to the (specialist) world of scientific writing. This may be considered radical, and some of the ideas may give offence. But I believe strongly that there are basic principles of effective writing that can be applied to all types of writing. It can work. As one participant once wrote to me: ‘Before your course I’d had an article rejected by the BMJ. After the course I rewrote it and it was accepted by the Lancet.’

This book divides the process of writing into 10 easy steps. Some of the main problems that this book addresses, and the chapters where their resolution may be found, are given in the attached table. What I hope shines through is that, despite the inevitable episodes of pain (such as these opening seven paragraphs which took more than 20 drafts), writing should be fun. It should also be rewarding and even liberating. This is not an impossible dream: it depends more than anything else on the writer’s frame of mind, and therefore should be easy to fix.

If that sounds like one of those motivational books, so be it. That is precisely what I hope this book will be.

This excerpt comes from the start of Winning the Publications Game, fourth edition, CRC Press, 2016