Adapted from Chapter 3.2 (the 1970s) in which I start my career as a reporter on the Tavistock Times in Devon. Photographs from the Jim Thorington archive at the Tavistock Museum. 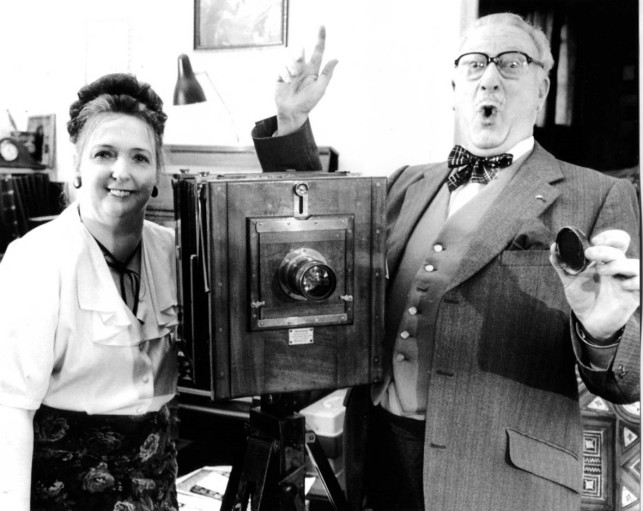 Jim Thorington was our staff photographer.  A disenchanted Australian electronics engineer who had relocated from Putney, he raced around the district in his battered car with Spuds, his girlfriend and assistant.

On assignment he flashed his gap-toothed smile at the about-to-be photographed and relayed helpful tips and comments to us reporters out of the side of his mouth. His patience was admirable, though he did have a breaking point.

One story went that he got so fed up waiting for a group of dignitaries to arrange themselves for a group photo that he left the building, no shots taken, while they were still arguing. On another occasion he allegedly refused to photograph some visiting Japanese on the grounds that during the war they ‘had eaten his brother’. Yet I was also told by others that he dipped quietly into his own pockets to help people in difficulty. Mike Tillson was a sensitive man with round, rimless glasses, and an unfashionable crew cut. He had fought in Italy in the last year of the war, studied in Oxford when it was teeming with gifted ex-servicemen, served as west country correspondent for the News Chronicle, and then taught French and Italian in one of the smarter schools in Exeter. When he moved to Cornwall with his second wife he joined our newspaper group as part-trainer, part-reporter. And he was one of a gifted quartet of journalists who sustained me through the ups and downs of life as a trainee reporter.

He was one of the few graduates on the staff (perhaps the only one) and his thoughtful and principled approach to writing was based on the difficulties of balancing the private right to privacy and the public right to know. Over the next few years we had many long chats together. I thought about leaving the training scheme several times and may well have done so had it not been for him.

He also helped me on a more practical level. Thanks to him, and his capacity to pick up gossip in his local riverside pub, I was able to unearth some good ‘human interest’ stories. One was the army veteran who had just been told that, thanks to a bureaucratic oversight, he was not a British citizen but stateless. Another was the tale of the little old tramp who regularly trudged in his shabby clothes along the main road – for meetings with his stockbroker in Plymouth. 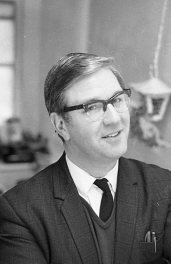 Then there was Jimmy Mildren, a former hospital administrator who was the district reporter for the regional daily, the Western Morning News. He often dropped into our office to tip us off about local stories, once he had safely filed them to his paper.

He guided us in the etiquette of filing copy up the line to the BBC in Plymouth or the nationals in London. He claimed that Dartmoor Prison was second only to the Royal family as a lucrative source of stories. Esther supported his theory when she found and sold  ‘up the line’ a  story that newly installed security floodlights had tricked local birds into singing  24 hours non-stop. (The headline writers must have loved the Jail birds...opportunity)

My final inspiration was Brian Fogg, our Editor. He had gone into journalism straight from school, and had left a prestigious job as editor of the trade newspaper Tailor and Cutter to bring up his family in the country. He worked late into the night, thriving on the jostling of his ambitious and often arrogant youngsters, passing through Tavistock on their way to London and better paid jobs.

On Friday mornings, after the paper was published, a trail of aggrieved readers would gather in the front office. He spoke with them all, door closed as we strained to hear. Usually he defended us. When necessary he admitted the mistake and apologised. When appropriate we would be admonished. Shortly afterwards give us our next assignment, sometimes standing in the waste paper basket to lighten the mood.

Brian was particularly good at reining me in, particularly when it came to the jargon I had spent the last three years acquiring.

‘I don’t care if you have a degree,’ he said. ‘There’s no point publishing anything if Nellie Sludgebucket isn’t going to understand’.

Brian reinforced the point by subediting our rambling copy into crisp stories. Then he added a headline, rarely passing up the chance of a pun. When I wrote a story about the warning to Cornwall County Council workmen to be careful not to cut down the rare bladderwort in the roadside verges, he came up with: Men who weed in hedge warned.

It earned him a swift reprimand from head office in Plymouth for bringing down the standards of the Mirror group. But it did not begin to compete for bawdiness with our rival publication’s Ugly erection in Crapstone.