French cricket and my part in it 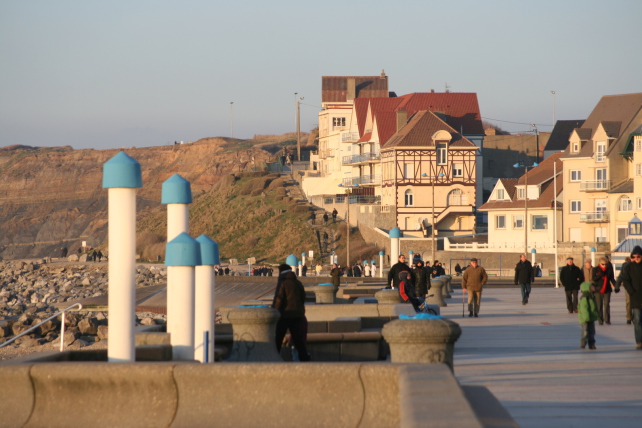 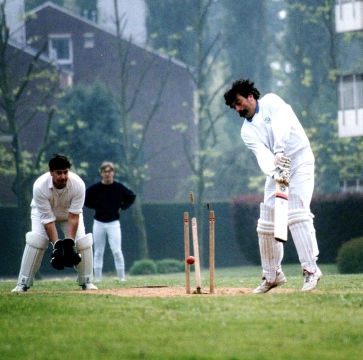 Our flat in Wimereux continued to give us a bolthole in the early 1990s, and by the early 1990s it had a new attraction: a cricket team.  On one of first visits, looking out of our window, we had seen our neighbour Bernard – an architect with a large, lugubrious Gallic moustache - taking his three children and a brand new cricket set down to the beach.

The answer was no, and we rushed to show him and his family how. From this chance encounter Bernard ended up as president, and I as honorary president-for-life, of the thirteenth cricket club to be constituted in France. We called it Wicket Wimereux Côte d’Opale. (We were going to call it Wimereux Cricket Club but the thought of the WC Club proved too scatological for French taste.)

Bernard knew how to make things happen. Within the year we had a team, albeit a pretty bad one, with a brisk Indian expatriate as coach. Bernard was our recruiting officer, and the team at various times included two doctors from the Boulogne hospital, an insurance agent, a teacher of English, a business student, a plumber and a tugboat captain.

He arranged for an artificial pitch to be laid in the middle of the town’s stade hippique, at that time used only once a year by the local society promoting and showing the squat Boulonnais horses. 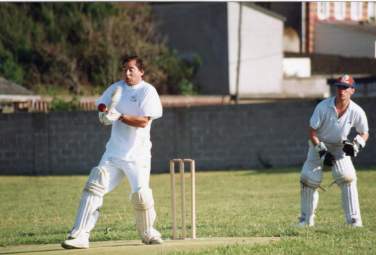 To say the team took to the game like a canard to eau may be an overstatement, but the players were keen, turning up every Sunday from March to November to practise their fielding, throwing, bat

ting and bowling. They started to bring their children and at one stage we were getting up to two dozen of them for Sunday training.

At first both adults and children found it hard to keep their arms straight when bowling, and then keep the bat straight at the wicket. In time one or two started to develop well. But when the play got boring they had a habit of wandering off.

They loved the word ‘Howzat!’ Runs were points and batsmen were elimines. They preferred to lancer a ball rather than bowler, and the important piece of gear slipped down the trousers for protection was not a box or even a boite, but a coquille.  An over, however, was an over-r-r-r, with a particularly Gallic rolling of the r.

The gulf between the two sporting traditions, however, became apparent when it came to eating. Leaving the game mid-way for a cup of tea and a slice of cake was always going to be hard for the French to understand, as a decade before it had been for my then American girlfriend (now wife). More contentious were the arrangements for the all-important midday meal. Before one match between the juniors and a primary school team from England, I suggested giving the youngsters a light lunch – some bread and cheese perhaps? 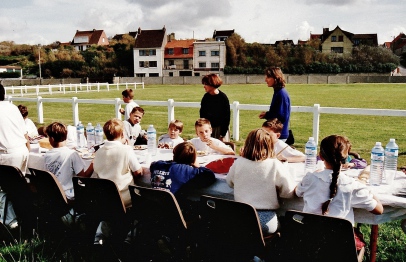 This was scornfully dismissed as being neither light nor lunch. Instead the mothers brought a cornucopia of dishes – salads, meats, home-made desserts. Afterwards the 11-year-old captain of the junior team asked for the start of the game – which was already half an hour late – to be further delayed to give him and his team-mates enough time to digest.

Our first overseas tour was arranged by a friend of Bernard to a village near Bristol. A couple of carloads of players stayed with us at Leatherhead or were billeted with neighbours; we had takeaway curry in the garden. The following day, down in the west country, we flew in balloons (also one of Bernard’s activities), took part in a French festival weekend, sang the Marseillaise and lost (though not too badly) to a local side.

Once the word got around, British teams started to ask if they could come out and play, though we had to be careful to make sure that they were of the right sort: not too good at cricket and ready to postpone at least some of their drinking until after the match.

For five years we persuaded the ferry company Sealink to sponsor an annual match, with a cup, between the President’s XI and the President d’Honneur’s XI. The first match attracted good publicity, with Bernard interviewed on the BBC Radio 4 Today programme by Jenny Bond, later the BBC court correspondent. It was a charming interview, adorned by Bernard’s tendency to talk about ‘batman’.

That evening we had a couscous banquet in the town hall with a succession of spontaneous speeches, one of which came from the father of one of the English players. He announced that this was the second time he had been to Wimereux, the first being in 1944 with the Royal Marines. He received a warm round of applause.

The team continued playing cricket for about 20 years. One year a group of us, with children, went down to the Dordogne for a cricket week with other French teams. But in time the kids drifted off, or went into more mainstream activities like going out with members of the opposite sex. Expatriates started to join, which edged the culture away from a family-friendly activity and towards a drinking club for middle-aged men who liked escaping from their wives.

The club is now wound up and the ground has been turned into a so-called English Garden. Bernard got the commission as its architect.

Back to main book page